Chapter 1: The life of Elizabeth Parker, Easy to Remember Hard to Forger

She wasn't crazy, no matter what everyone else said. At least she wasn't always crazy. The thing was no one seemed to like her. It wasn't her fault either. She knew that it was never her fault but, somehow people managed to always blame things on her. People always managed to get her in trouble, to get their way, to make her leave. But it wasn't her fault. It wasn't her fault that she didn't understand some things and the things she did understand were very straight forward, very simple and easy to solve. She could figure out things, things like death for example. She could know the meaning of death, she could experience death, she could even cause her little brain to cause death but, sadly she couldn't understand why death occurred. Then again who can exactly figure out why death occurs or even why Mr. or Mrs. Someone up there would want death to be such a consistent and sorrowful thing. But to certainly state the fact, Elizabeth Parker wasn't crazy. She wasn't, but that was before her world shattered into a million pieces, that was before the Asylum.

Lost was some kind of connection to where she was then. She was always lost. Her young soul even doubted that anyone was looking for her. It was because she was who she was that made her believe she was nothing more than well, nothing. No one cared enough. There were barely any memories to hold on to and the memories that she had sustained were fading. Some days when Elizabeth was hiding in the small white cobwebbed vent that was by the under sheet of her bed she would think. She would think and try to remember how she got here and why she was here. The memories were so vague and unpleasant. They were no more efficient then her nightmares because she knew what had happened. She knew of the truth, about truth and, everything surrounding the truth yet, she refused to acknowledge the truth. All the puzzle pieces fit together when it came to this one memory. It was the memory she willed to fade away but, like all things, the more you think about it the more you remember it. So when it came to this memory she could hear beyond the screams and pleas of the Asylum and beyond the tension her body felt whenever hands were placed on her. She looked beyond into her memories, even though she tried to forget.

The Morning After Job

So, I love episodes that represent growth and how much a character/characters have evolved. Season three’s The Morning after job does just that. It starts off with the big bad wolf, former hockey player Mark Vector. Although there is an innocent in need of help, Mark Vector is of utter most importance because he is the keeper of Damien Moreau’s accounts. RHIC (really hot Italian chick) comes to Nate, causing the team members to wonder why they never get to meet her. Even Hardison wants to know who exactly RHIC is.

For this particular con they require a ‘stick’ and a carrot meaning Parker has to grift. This particular scene shows how much Nate believes in her although Parker doesn’t seem to believe him. But I believe Nate was acknowledging her progress. As you see later, that even though Sophie and Nate were on the sidelines, she was able to execute the grift almost perfectly.

Nate: “Well the plan requires a carrot and a stick. I need her to be the stick."

Parker: “But remember that time when I was the carrot and I stabbed somebody.”

Nate: “I do, yeah but you can handle this especially the second part.”

Parker: “Well, yeah the second Part I can do in my sleep, literally”

In this episode Nate and Parker seemed to have to interact a lot. Sophie and Parker each have to play two parts. Sophie’s first part was being a hopeless woman who needs help. Parker’s part, though, it was out of her area of comfort was to flirt and get the man upstairs; after which she had to play possum. The next morning Vector wakes to find Parker dead acquired with a scratch on his face. In a panic frenzy he calls his main man, Daniel Firestone who's voice is being electronically controlled by Hardison, leading him up to Nate. But enough about Parker for the moment There was way too many EABM (Eliot Hardison Bromance moments) that just cannot be avoided.

Eliot and Hardison’s parts for the day were to be police officers were Hardison even got them an efficient car. They were to retrieve the immunity agreement for Sophie. In other words they spent the whole day arguing, but when called onto a police mission, they find themselves with a real fugitive. So they go on the aimless adventures of Deputy Eliot and Hardison. This allows Hardison to, for the first of few times, open up a can of whoop ass. In result they lose the fugitive but, lucky them they find him again.

Finishing, playing possum Parker has to go distract her old ‘friend’ who happens to have a crush on her. Nate, who is playing as a lawyer, is trying to convince Vector to confess to a crime he didn’t commit. Unfortunately Moreau has a trick up his sleeve leading up to Sophie and Nate being shot at…again. Vector immediately gets scared and says “I'll take my chances in jail”.

Vector then goes to the grand jury, where he sees Parker, sending him off the edge of insanity. Leaving us with the ending scene, Nate and RHIC dispatch in their separate ways as Nate cracks the code and decides he will be blackmailed no more and that he will continue going after Moreau.
MY Favorite quote: "Don't Stab, Don't Stab, Don't Stab"
I give this a...

three out of five fluffies 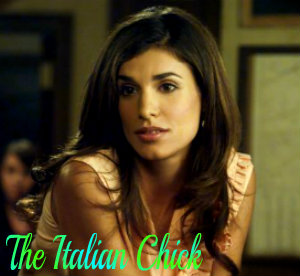 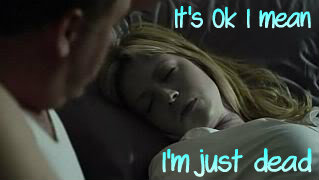 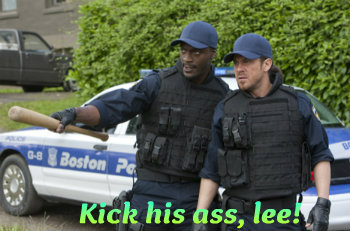 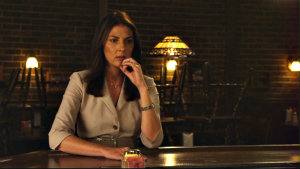 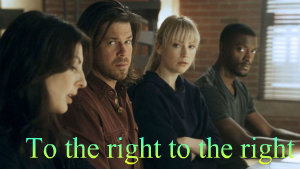 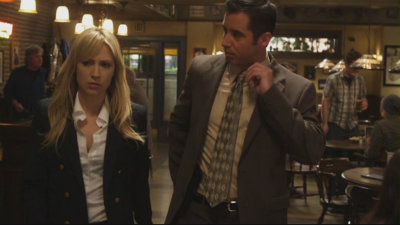 Season 3 was full of mystery and heart ache but mostly as always, Crime. When a man comes to Nate to tell him how he was scammed to buy a stolen car, Nate goes straight into action. They go to the baddy. Now Hardison has managed to get the team a small base at an old dealership, while Nate and the baddy have a race, with the car and Sophie as the prize. In this episode Sophie uses her grifting skills to charm the customers. Lucky for Sophie, Nate wins.  Meanwhile Parker and Hardison are off making friends with car thieves alike. To get into the group however, Parker and Hardison must steal a car in less than 2 minutes, which they manage to do. Using her charm again Sophie pretends to set Nate up and the baddy takes the bait like a west coast fish.

Seeing Parker’s soft side again, Parker wants to help the youngest thief of the group which in some ways a reminder of her younger self. Parker tells the girl to avoid the drop but the girl ends up exposing the team. As always Parker and Hardison seem to get in more trouble and Eliot comes to save them.  The snitch, which Parker took pity on, then comes to the teams rescue as she brings them a car. Parker then takes the lead and starts to drive (which is a big mistake.) Hardison and Eliot seem to have a hard time handling Parker’s professional getaway car driving skills.

On the other end of the stick, the baddy finds out about Nate and Sophie’s plan and is about to have them prosecuted when…Dum, Dum, Dum, The rest of the team comes to their rescue. Ironically the stolen cars were stolen from cops. Parker’s Psychotic driving leads them to the culprit and Penzer (who is the baddy) is caught.

Finally the innocent get’s a new car and Parker’s new friend gets temporarily adopted by the innocent. And the live happily ever after, until next week.
Favorite Quotes:
Nate: : I tell you if Sophie did this full time, the auto industry's troubles would disappear.
Little Parker: Move old Lady!! XD

a four out of five fluffies 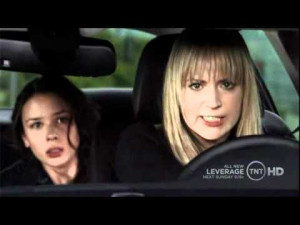 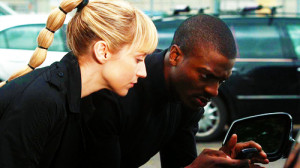 Nate and Sophie playing their parts. 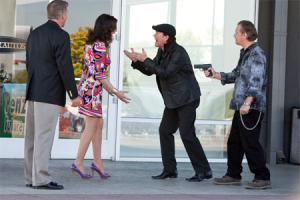 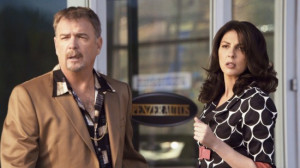 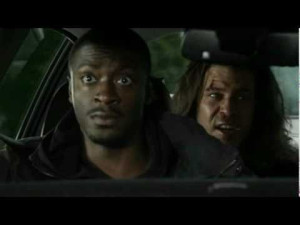 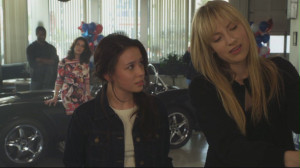 Surprise, Surprise Moreau is back. Well, not physically back but at least he is mentioned again. The team goes after someone who is close to Moreau and who is like Moreau himself; meaning in short that this man is an evil villain. There were tons of humor in this episode but the one who holds the crown (see what I did there) is Sophie Deveraux who is playing the role of Charlotte the royal duchess. As unique as this episode is it was extremely nerve wrecking to watch because all the lines of Charlotte and her scams are incredibly vague. They leave you hanging like when Hardison asks for a high five. The alias that may or may not actually be alias will remain a mystery. There was an Aunt who brought a back story but beside that we were left with nothing, utter nothingness.

On the other end there was Hardison who had to recreate an ancient and I do mean ancient book to play off as real. He gets frustrated at the lack of time because he is using era-like material which is incredibly difficult. Parker has to be an auctioneer which is ridiculous because, she seems not to notice what numbers and cards are for. Eliot is busy doing stuff. And Well, Nate he is trying to keep them distracted from Sophie’s little back-story but still keep them in check.

In the end the villain slipped out of their hands. This left us all wondering what went wrong but most of all what is the truth. The possibility of Sophie being a Duchess is creative, but oh so aggravating. You have to wonder if she is a Duchess, why she would steal paintings and riches if she had a palace at her command.  So although I would like to believe that Sophie is a Duchess I am leaning more towards it being a pseudonym.
Favorite Quote: “$10,000 from the toupee in the third row.”
I give it......

a two out of five fluffies. 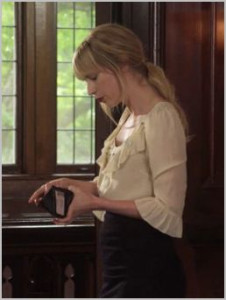 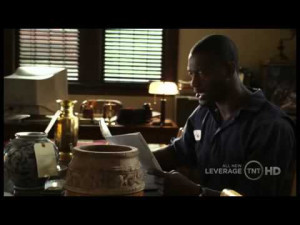 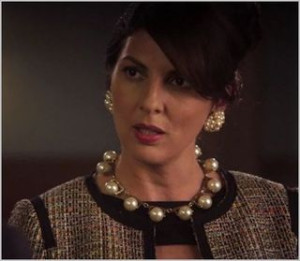 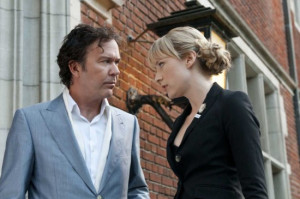 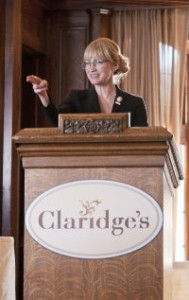 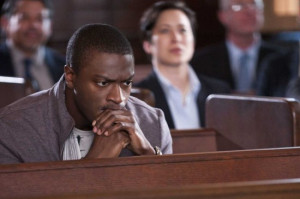 Open to: All, detailed results viewable to: All. Participants: 0

How often do you get bored?

Stop That!
What is one thing in your life that you wish you could stop doing?
Reply 0

I am the worst computer person in the whole entire world. THE WHOLE ENTIRE WORLD>
You know i can do math really well i am academically efficient but Computer's and me are like Cats and Dogs, we don't like each other so if anybody has any advice for good anti viruses and how to do this stupid under the cut thingy, could you tell me before i die of EPIC FAILNESS.

kensmind
Zzzzzz...
On average, how much sleep do you need per night to function at your best? How much do you actually get -- how often do you feel sleep deprived?
Reply 59
Collapse